Counter Narrative: An Examination of Recently-Discovered Chicano Photography From 1980-Present 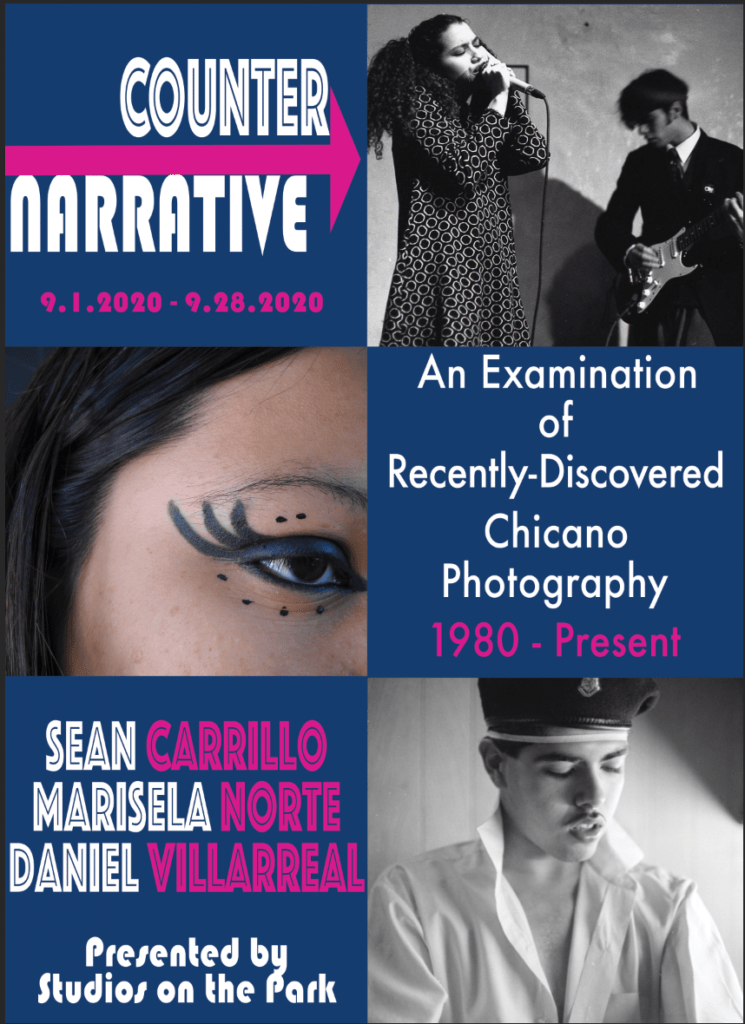 Counter Narrative: An Examination of Recently-Discovered Chicano Photography From 1980-Present

“Counter narrative refers to the narratives that arise from the vantage point of those who have been historically marginalized.” -- Raúl Alberto Mora

The period of history to be examined—1980-2020—constitutes an unusually robust time of cultural awakening and activism among especially younger Mexican Americans, who came to refer to themselves as Chicanos and Chicanas--that is working class, Mexican origin advocates for foundational reforms in American politics.

But while much of the informing influence of these young people was rooted in the politics of change, an equally potent but largely overlooked aspect of their collective expression was anchored in alternative music, fashion, and street culture.

The 30 works featured in Counter Narrative speak to the lesser-appreciated aspects of this history, and the continued struggles for cultural expression and voice by contemporary Latinx communities across California and the nation.

For a variety of reasons, many Chicano/a and other Latinx photographers of the time have been largely overlooked. Our September 2020 show is intended to help address this oversight in public appreciation of this important but heretofore rarely seen oeuvre, focusing on recently-recovered Chicano/a contributions to the field.

These works, produced by three talented and insightful photographers, project the power and poignancy of Chicano community life dating back to 1980. In ways that substantially defy conventional narratives about Latino Americans (which are still-too-often couched in misplaced negative stereotypes), these images reveal the humanity and dignity, the humor and sarcasm, as well as the struggles and turmoil of the Chicano/a experience in the sweep of this current, vitally important moment in U.S. cultural and demographic transformation.

Marisela Norte is the author of Peeping Tom Tom Girl, a collection of poetry and prose. Norte's work featured in the MTA's Out Your Window project was named one of the best transit poems in the world by The Atlantic Monthly.

Daniel Villarreal is a Los Angeles-based photographer and actor whose extensive photographic collection is part of the California Ethnic and Multicultural Archives at the University of California, Santa Barbara. His acting credits include leading roles in the feature films “Stand and Deliver” and “American Me.”

Special thank you to our sponsors:

Allen Cox, a contemporary painter featured in our