By Lury Norris
< Back

In 2007, I was going through a divorce and living in a small apartment in Long Beach, CA. I ran across a handful of art supplies that included some newsprint and charcoal. I also happened to run across a photo of a beautiful nude body in amazing light. It captured me and I wanted to try reproducing it with charcoal on newsprint. I went to work sitting on the floor with my newsprint and charcoal. As I worked, the usual artist’s critical voice came up. The feeling of disappointment rose up. “This isn’t working!” “Why am I wasting my time?” And then, another voice came in. That voice said, “Just keep working.” It sounded like a new voice. I followed it to see where it would take me.

I kept working on the piece and you know what? That piece came out well. It stunned me. I had to try another. And another and another. I was witness to the process of overriding the critic that would pop up. It just took that one time.

Now I do huge pieces with chalk pastel, along with smaller archival pieces. The process of criticism and negative talk still runs, but I ignore it for the most part and try to pay attention to the directives.

Allow me to explain.

It doesn’t feel like it’s me doing the work. Words fail me, but the closest I can come to an explanation would be to say that it feels like a spirit possession. Sometimes the directions I’m hearing to create the work are so fast that I can barely keep up with them; to add, remove or alter marks or to change something.

I think that’s why it’s difficult for me to take credit for doing the work sometimes…as it doesn’t feel like I did it. It feels like it came through me. See, when I’m on the ground at a street painting festival working on a giant pastel piece and then stand back and look at what is manifesting with the work, I’m always amazed myself. It’s still shocking. I just keep those feelings of amazement under wraps.

Right now, I am working on a piece that has the most incredible eyes. It’s a stunning piece. For me to be amazed by my own work would just seem weird, so I keep quiet. I work on pieces in my public studio space at Studios on the Park and talk to people when they come in, but if I were to say, “Isn’t that amazing?” about things on display on my wall, people would think I was a little (ahem) unusual.

There is always a question as to whether a piece is going to come out (since I’m not doing it). That’s what causes the drastic ups and downs throughout developing pieces. I’ll say something like “This isn’t working.” And feel slumpy and disappointed. Then I’ll keep working. Usually, the piece will start to come together and I’ll see it starting to work. This is otherwise known as “trusting the process.” When things are clearly working, I’m amazed, inspired and motivated. This is how work feeds on itself for me. The completion of something that works feeds me motivation to start the next piece.

I’m lucky to have support from family and friends in this adventure. It feels like a constant unmasking journey. Maybe that’s why I don’t care so much about travel. That since of amazement and wonder seem to live right here.

Lury Norris is a resident artist at Studios on the Park in Paso Robles where she exhibits her pencil and charcoal portraits and other still life. She teaches classes and workshops throughout San Luis Obispo County. She is also a seasoned street painter and has participated and continues to participate in street painting festivals throughout the country. 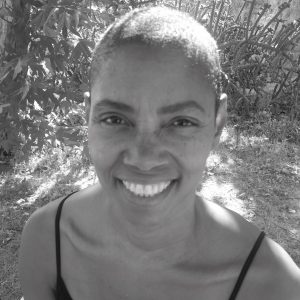 Lury Norris
Lury has been working as a street painter and pencil artist for the last 10 years. She has an adult education teaching background and she has taught a number of workshops in street painting and pencil work and continues to…
END_OF_DOCUMENT_TOKEN_TO_BE_REPLACED

Join us this Saturday to taste wines from our newe

Rod Baker is our next featured “Luminous Lightsc

It's going to be another gorgeous weekend here in

It may be called the kids art camp bag...but it's

Happy Labor Day! We are closed today to spend some